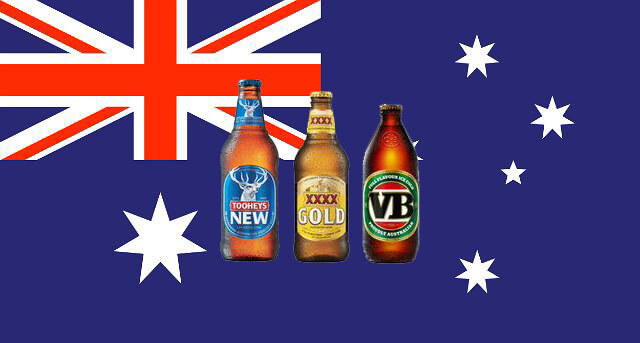 Below is a list of Australian Slang to help you learn. Don’t be alarmed as most people do not speak using Australian slang most of the time. Instead they use standard English with an accent that most foreigners are not accustomed to. In more rural areas the accent can be more of a drawl. Occasionally, though, you may hear a word or two of Australian slang.

Some Australian slang is common place. You will probably hear words like Esky, thongs, G’Day whilst here. Other terms you may only hear in certain areas or in certain company.

However, there are some things that may come as a surprise should you hear them. In Australian slang, you wear thongs on your feet not your derriere. You wear a sloppy joe not eat it. …and Maccas is what we call McDonalds. Also, if you hear someone say that they’re buggered… no they have not just had sex with your dog! They are just tired.

Dag = Someone who’s a bit of a nerd or geek.
Daks = trousers or pants
Damper = bread made from flour and water
Date = arse[hole] (“get off your fat date”)
Dead dingo’s donger, as dry as a = dry
Deadset = true, the truth
Dero = tramp, hobo, homeless person (from “derelict”)
Digger = a soldier
Dill = an idiot
Dinkum, fair dinkum = true, real, genuine
Dinky-di = the real thing, genuine
Dipstick = a loser, idiot
Dob (somebody) in = inform on somebody
Docket = a bill, receipt
Doco = documentary
Dodgy = suspicious
Dog’s balls, stands out like = obvious
Dole bludger = somebody on social assistance when unjustified
Donger = penis
Doodle = penis
Doovalacky = used whenever you can’t remember what to call something. Thingummyjig, whatsit.
Down to Earth = genuine, sensible and not fake
Down Under = Australia (and New Zealand)
Drink with the flies = to drink alone
Drongo = a dope, stupid person
Dummy, spit the = get very upset at something
Dunny = toilet
Durry = cigarette

Face, off one’s = completely drunk
Facey = Facebook
Fair dinkum = true, genuine
Fair go = a chance
Fair suck of the sav! = exclamation of wonder, awe, disbelief
Fairy floss = candy floss, cotton candy
Fanny = vagina
Feral (n.) = a hippie
Fisho = fishmonger
Flat out = really busy
Flick = to give something or somebody the flick is to get rid of it or him/her
Footy = Australian Rules football, Rugby League or Rugby Union
Fossick = to prospect, e.g. for gold
Fossicker = prospector, e.g. for gold
Furphy = rumours or stories that are improbable or absurd

Larrikin = Someone who’s always up for a laugh, bit of a harmless prankster
Legless = Someone who is really drunk
Lend of, to have a = to take advantage of somebody’s gullibility
Lippy = lipstick
Lollies = sweets, candy

Rack off = push off! get lost!
Rage = party
Rapt = pleased, delighted
Ratbag = mild insult
Raw prawn, to come the = to bullshit, to be generally disagreeable
Reckon = for sure. ‘You Reckon?’… ‘I reckon!’
Reffo = refugee
Rego = vehicle registration
Rellie or relo = family relative
Ridgy-didge = original, genuine
Right, she’ll be = it’ll be all right
Ripper = great, fantastic
Road train = big truck with many trailers
Rock up = to turn up, to arrive
Rollie = a cigarette that you roll yourself
Roo = kangaroo
Roo bar = stout bar fixed to the front of a vehicle to protect it against hitting kangaroos
Root = polite synonym for f*ck
Ropeable = very angry
Rort (verb or noun) = cheating, fiddling, defrauding
Rotten = drunk
Rubbish, to = to criticize
Runners = Trainers, Sneakers

Ugg boots = Australian sheepskin boots
Uni = university
Unit = flat, apartment
Up oneself = have a high opinion of oneself
Up Yourself = Stuck up
Ute = utility vehicle, pickup truck

There are also some expressions not included above:

Hang on a tick = Wait a moment

Its a no brainer = Its a foregone conclusion